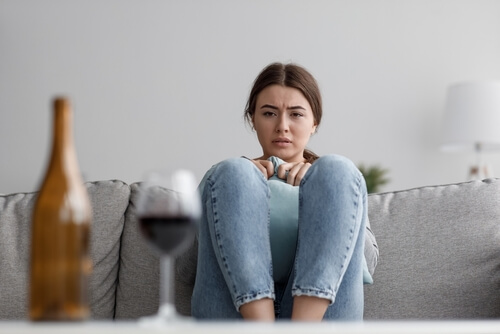 Okay, so before we dive in, let’s accept that there’s no magical cure for alcoholism. It’s an addiction that might need both therapy and medication. That said, hypnosis for alcoholism can be a complementary approach to help you stop drinking.

How does hypnosis work?

If you’re new to hypnosis, your idea of it may be a pocket watch or a swinging pendulum. Yes, there are a lot of misconceptions about how hypnosis works. Some even think it’s a stage trick or a form of brainwashing.

But actually, at the core of hypnosis is helping the mind and body to relax. In short, it’s nearer to a yoga or mindfulness session than the others.

So, what happens in a hypnosis session?

A clinical therapist leads you into deep relaxation with a series of verbal cues and repeated words or phrases. When you’re in a trance, he or she’ll be able to tap into your subconscious and carefully unravel the thoughts buried in your inner mind. You might seem sleepy, but actually, you’re hyperfocused.

Also, he or she’ll tell you helpful suggestions to improve your current situation. This can be as simple as helping you see turbulence as ordinary when you have flight anxiety or a little more complex, like resolving a childhood trauma.

Alcoholism and Signs of a Drinking Problem

Alcoholism or alcohol use disorder (AUD) is a form of addiction wherein someone has excessive or continued intake of alcohol, leading to physical and psychological dependence.

Globally speaking, experts estimate that 107 million people are suffering from alcohol abuse. In the United States, the 2019 National Survey on Drug Use and Health reported that 14.5 million people aged 12 years and older had AUD.

Beyond these numbers, alcoholism can lead to mental disorders, cancer, liver cirrhosis, and also injuries from violence and car collisions.

Now, here are the common signs of alcohol dependency:

As for using hypnosis to address alcoholism, you can’t expect to work it out overnight, but this alternative treatment may help.

In the said study, the participants were divided into two groups. The people in the hypnotherapy group imagined themselves feeling calm when they felt the urge to drink, turning down a drink at a party, and deciding not to go into the liquor store.

A year later, these participants reported less emotional distress. Moreover, more from the hypnotherapy group reported complete abstinence compared to the other group.

Similarly, an earlier study with substance abuse disorder concluded a 77% success rate. The study mentioned that alcoholism is considered a form of substance abuse.

Through hypnosis, you may be able to accept your problem and remove the blocks to positive change.

If you’re ready to be in control, instead of being controlled by your next drink, book a hypnotherapy session with certified clinical hypnotherapist and Everybody in Mind Wellness Center founder Carla Chalah.